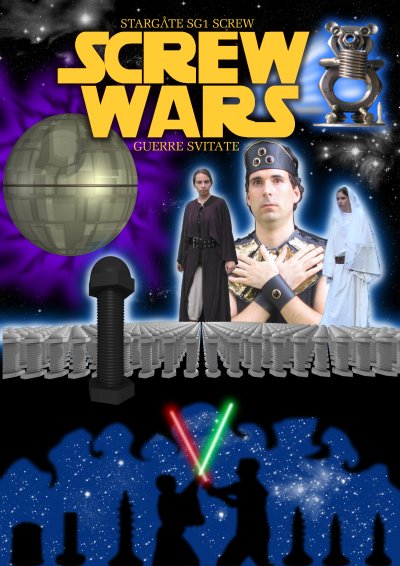 The Adventures of Stargate SG1 Screw become a short film!
The actors 'screw' that you already know and love, on this occasion are joined by actors in the flesh, creating a delirious crossover between the worlds of Stargate and Star Wars.
Within the short film you will also find some advertising parody, always Stargate themed.
Are you ready to discover the adventures of the team SG1 Screw, the evil Lord Khnum, Princess Leia and Jedi Eugeal? 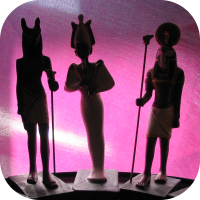 During Kreecon 3 we presented the first movie trailer of Stargate SG1 Screw. It's a preview of the movie we are making. 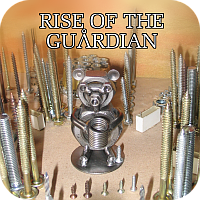 From 14 to 16 october, the fourth edition of Kree'con, the Italian Stargate fan club's convention, was held in Chianciano Terme (Italy). During the con we presented the new Stargate SG1 Screw short movie. It was a success! "Rise of the Guardian", our short movie, won the first prize!

The revenge of Khnum 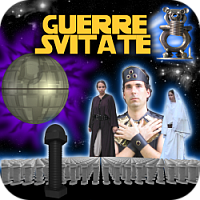 The fifth Italian Stargate Convention was a success! The new short movie won the first prize and people liked it a lot! The actors of Stargate SG1 Screw thank all the people who came to Kree'con 5 in Chianciano for all the love they received. 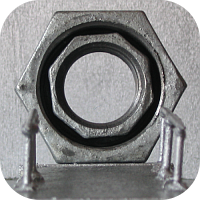 Download the trading cards of Stargate SG1 Screw and have fun with the videos of SG one of us.
Unleash your imagination and initiative by sending your short video to us.

The first adventure of the team SG1 Screw! Jack, Samantha, Teal'c and Daniel meet the Goa'uld on a distant planet. Will they accomplish their mission?
Click here to watch the first episode

The team Sg1 Screw is on a mission on an alien planet to help its inhabitants, decimated by a hideous alien monster that has enslaved them. What will become of them?
Click here to watch the second episode

Jack, Daniel, Samantha and Teal'c visit a planet famous for metalworking. The team discovers an ancient artifact and accidentally releases a group of replicators that threatens to destroy the planet. Click here to watch the third episode

We made an episode with images taken from the video of Rise of the Guardian . This will also support those who don't have a fast Internet connection to enjoy this story.
Click here to watch the new episode

These are pics from the meeting of March 6th 2004 in Mantua.
The Cimbris in Mantua

These pics were shot during the third edition of Kreecon, the Stargate convention organized by the Stargate Italian Fan Club in Chianciano, Tuscany, from 23 to 24 October 2004.
Kreecon 3: the photos

These pics were shot during the fourth edition of Kreecon, the Stargate convention organized by the Stargate Italian Fan Club in Chianciano, Tuscany, from 14 to 16 October 2005.
Kreecon 4: the photos

Special thanks to Giacomo Pueroni who drew this comic for us. 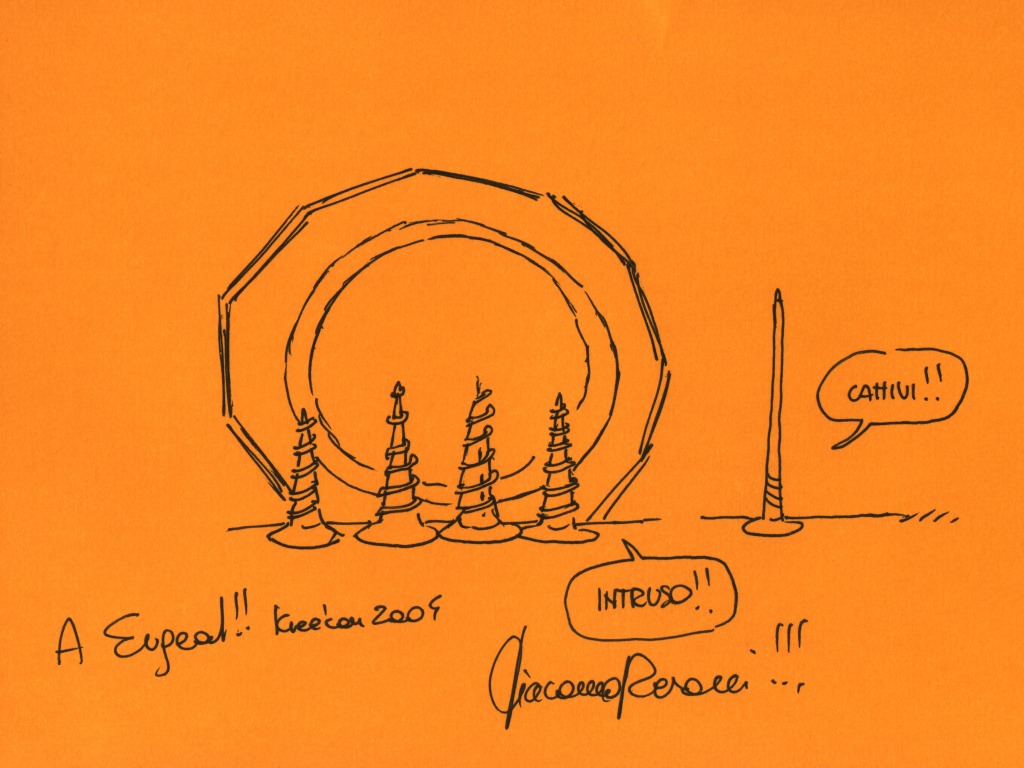